We found that the short stubby antennas found on most USB modems were just not good enough (particularly when placed in the passenger footwell of the car). Mounting the box behind the passenger/driver seat is a possibility, but requires laying cable and makes the whole unit vulnerable to theft.

The solution we found is a short flat adhesive antenna specifically designed for in-vehicle applications. The cable runs through the fuse box area of the car, and down to the passenger foot-well. It is not too difficult to lay this (once you know how).

Here are some snapshots of the V1 in-car-module. Design is finalized, and in production now. Only change on production version (vs these) is some re-arrangement of the connector orientation and case holes.

Here are some screenshots from the v1.0 release candidate iPhone App: 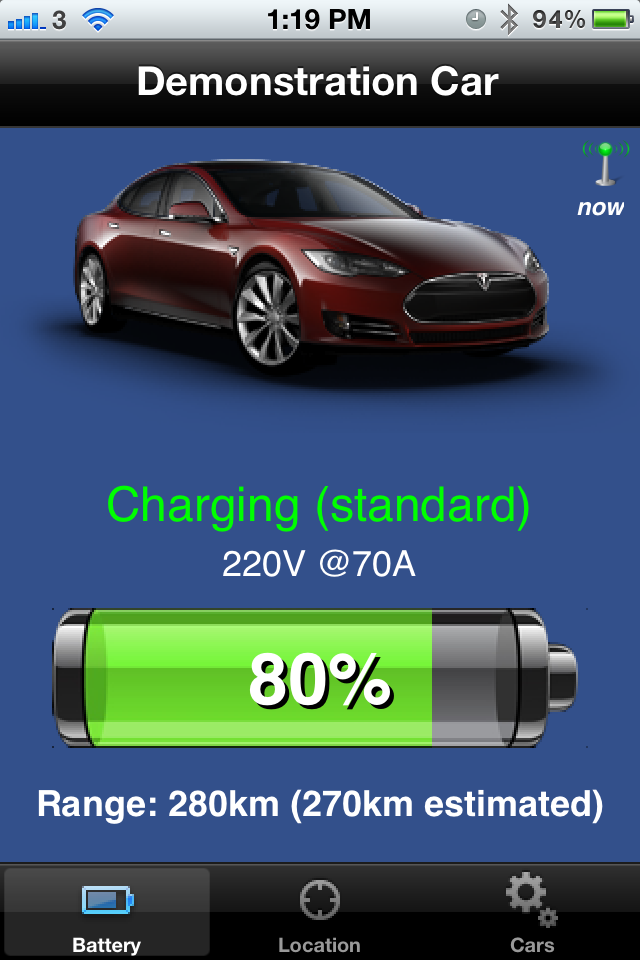 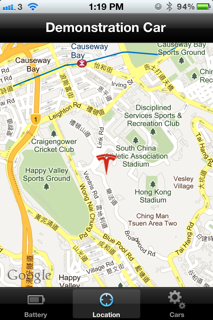 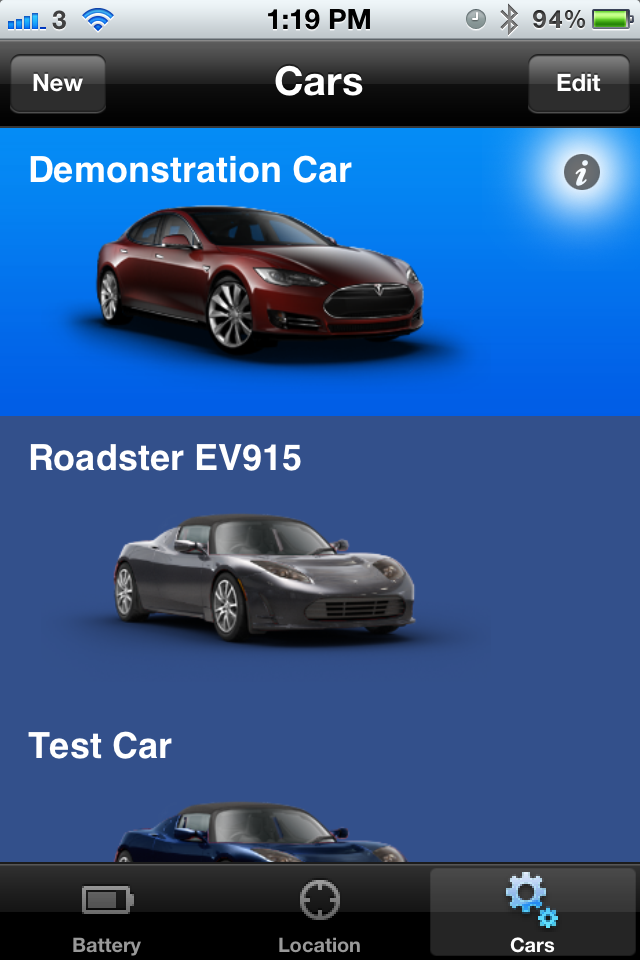 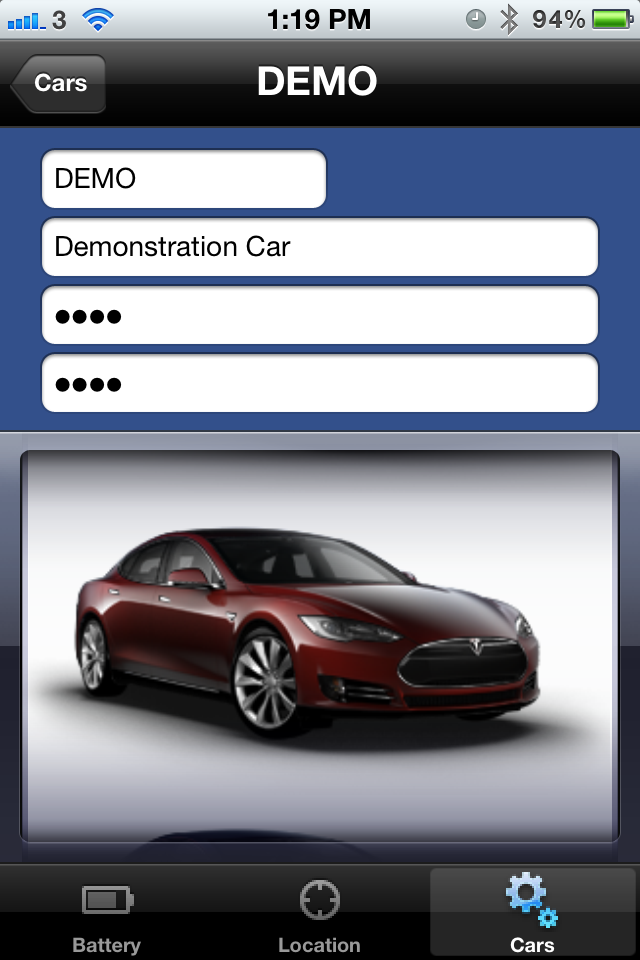 The OVMS iPhone App has been largely completed, and has now entered testing phase. Even if you don't have the car hardware yet (as most don't), you can still get the App and try it with the DEMO car provided.